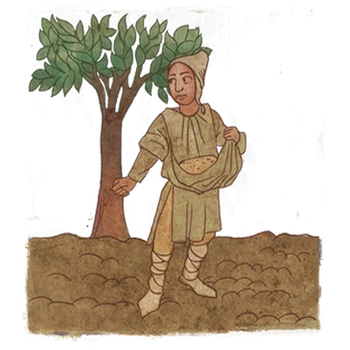 Medieval villages comprised some 90% of the populace, the majority occupied with agricultural and livestock farming. Even though farmers were freemen and had always owned their homesteads, the land beneath it was on lease from the monarch, or rather from the nobleman who had obtained it from the King in fiefdom. They would pay a portion of their annual earnings in rent – whether in cash, honey, wheat or other crops. Sometimes they were also required to labour for the nobility, i.e. to work unpaid on farmlands belonging to the liege Lord.

The Territorial Diets (councils) of the 15th and 16th centuries decreed that the common country folk could not bear arms or engage in hunting. With special permission from the liege Lord, the were allowed to hunt hares and small birds.